Dolores Claiborne works as a maid for a wealthy woman in remote Maine. When she is indicted for the elderly woman's murder, Dolores' daughter Selena returns from New York, where she has become a big-shot reporter. In the course of working out the details of what has happened, as well as some shady questions from the past and Selena's troubled childhood, many difficult truths are revealed about their family's domestic strife. This is cleverly portrayed with present reality shot in cool blue tones blending seamlessly into flashbacks shot in vivid color. As small town justice relentlessly grinds forward, surprises lie in store for the viewers.... - synopsis from IMDB 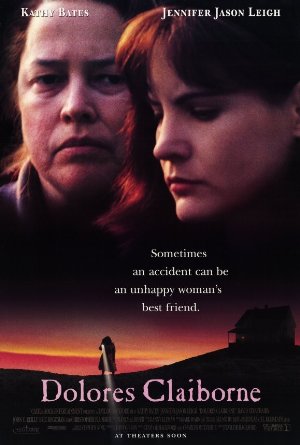