When Po's long-lost panda father suddenly reappears, the reunited duo travels to a secret panda paradise to meet scores of hilarious new panda characters. But when the supernatural villain Kai begins to sweep across China defeating all the kung fu masters, Po must do the impossible-learn to train a village full of his fun-loving, clumsy brethren to become the ultimate band of Kung Fu Pandas. - synopsis from IMDB

Ah, the danger of sequels. As we settle down for Kung Fu Panda 3, expectations are already pretty low. Unfortunately, there is no surprise stowed away in the continuation of this tale. The third installment brings little new to the table except for some new jokes, fast moving animated action and the general panda-rolls-down-hill gimmicks.

Sure, there is the notable addition of Bryan Cranston to the case. But it’s not really a noticeable addition since it adds nothing to a story that’s just hobbling along the path of kids-will-still-love-it franchise.

Kung Fu Panda 3 made me laugh, but ultimately just got on my nerves and disappointed me. 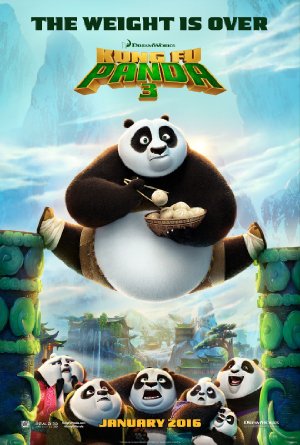