Harry, Ron, and Hermione continue their quest of finding and destroying the Dark Lord's three remaining Horcruxes, the magical items responsible for his immortality. But as the mystical Deathly Hallows are uncovered, and Voldemort finds out about their mission, the biggest battle begins and life as they know it will never be the same again. - synopsis from IMDB

The final movie in the Harry Potter franchise picks up exactly where we left off. Even the atmosphere is the same. Strangely, this blockbuster movie that’s breaking box office records left and right is actually a pretty good ending, mainly by being enticingly subdued.

I can’t say I share the sentiment, but “we” have apparently been waiting for that battle for years. (No, not that battle. That one we really have been waiting for as fantasy literature fans). That’s right, Potter vs Voldemort. Oh, it’s there, but instead of an epic battle scene Harry Potter stays true to its original nature: a fantasy story that can be safely viewed by children. It’s evolved as the story’s muse has, but it’s restrained if anything for a large scale violent confrontation of wizards.

The 3D effects are not worth it. They should have just completed the series as they started it.

For me, the constant holding back in this movie works really well. There’s still time to work through whatever limited amount of character development is needed and most storylines are neatly bundled up by the end. For all its carefully designed balance, The Deathly Hallows part 2 fails to really shine. It’s good, but could have been better still with a bit more spice. Without having read the books, it’s hard to judge whether it’s the base material or the film itself that keeps it from becoming something really special. There’s one scene to look out for though. There’s a dome involved and its creation is just beautifully made. 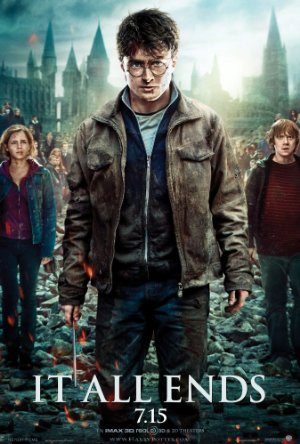