Evelyn Salt is a CIA agent and highly respected by all, including her boss, Ted Winter. Out of the blue, a Russian spy walks into their offices and offers a vital piece of information: the President of Russia will be assassinated during his forthcoming visit to New York City to attend the funeral of the recently deceased U.S. Vice President. The name of the assassin: Evelyn Salt. Concerned about the safety of her husband, who she cannot contact, she goes on the run. Winter refuses to accept that she is a mole or a double agent but her actions begin to raise doubts. Just who is Evelyn Salt and what is she planning? - synopsis from IMDB

Despite the fact that it’s great to see Angelina back in an action movie, Salt brings little real flavour to the table (I know, it’s bad, really, really bad). The best way to describe it is: it’s OK. Entertaining, some nice twists and well-done action scenes. And of course Mr. Schreiber is in it, which tends to nudge the quality up. It’s a properly done production, but very little actually lingers after a couple of days.

I guess we’ll just have to see whether part 2 can make these characters into something special. The ending just screams for a sequel. And that’s OK, I guess. 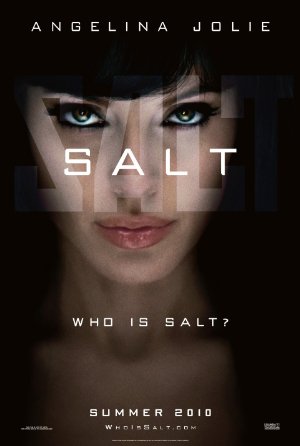