Laura, a former orphan, raises her adopted son Simón together with her husband Carlos in an old house and former orphanage where she was raised. While at the orphanage Simón tells Laura that he has five invisible friends which she believes are a product of his active imagination. Laura decides to reopen the orphanage to cater for disabled children and throws a party. During the party Simón tries to persuade Laura to go and take a look at his friends cabin but she's too busy. Later on she sees a mysterious masked boy and realizes that Simón has also disappeared. Laura feels the presence of other people in the house and months later Laura invites a team of parapsychologists to try to unravel the mystery. - synopsis from IMDB

What seemed like a thriller from the trailer turned out to be a nerve-racking horror show that will surely get under your skin. I thought the plot was great and kept you wondering right up to the end. Not for the faint of heart, though, El Orfanato gives you minutes of rest, if that. 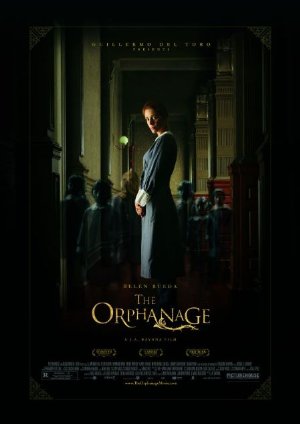