A ferry filled with crewmen from the USS Nimitz and their families was blown up in New Orleans on Mardi Gras. BATF Doug Carlin is brought in to assist in the massive investigation, and gets attached to an experimental FBI surveillance unit, one that uses spacefolding technology to directly look back a little over four days into the past. While tracking down the bomber, Carlin gets an idea in his head: could they use the device to actually travel back in time and not only prevent the bombing but also the murder of a local woman whose truck was used in the bombing? - synopsis from IMDB 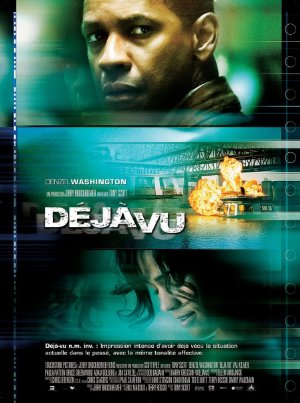